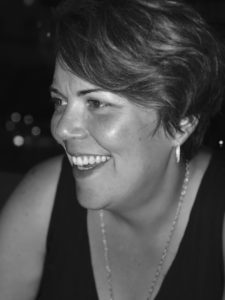 ive Director. Maureen brings with her a wealth of strategic planning, communication and organizational development experience from the non-profit and public education sectors. She joins us from the Chavez Schools where she served as Director of Talent. Prior to Chavez, Maureen spent eight years as the Founding Executive Director of the Baltimore Leadership School for Young Women. Some of Maureen’s most notable professional accomplishments, in addition to her work in Baltimore, include opening three Young Women’s Leadership Schools in New York City and launching the College Bound Initiative, a program that places full-time college counselors in New York City public schools. Maureen is active in her community and  was appointed to serve on the Maryland Commission for Women.

“After an extensive search, we are delighted that Maureen is joining the JTI team,” says Lisa Hamman, JUST TRYAN IT Board Chair. “Maureen is a dynamic leader whose passion, dedication, and enthusiasm will be an asset to JTI. Based on her proven leadership and accomplishments, I am confident that as Executive Director she will successfully lead our efforts to support even more families who experience financial toxicity related to pediatric cancer.”

Maureen will begin in her new role September 3. Carrie Norry will remain formally engaged with JTI through the middle of October.